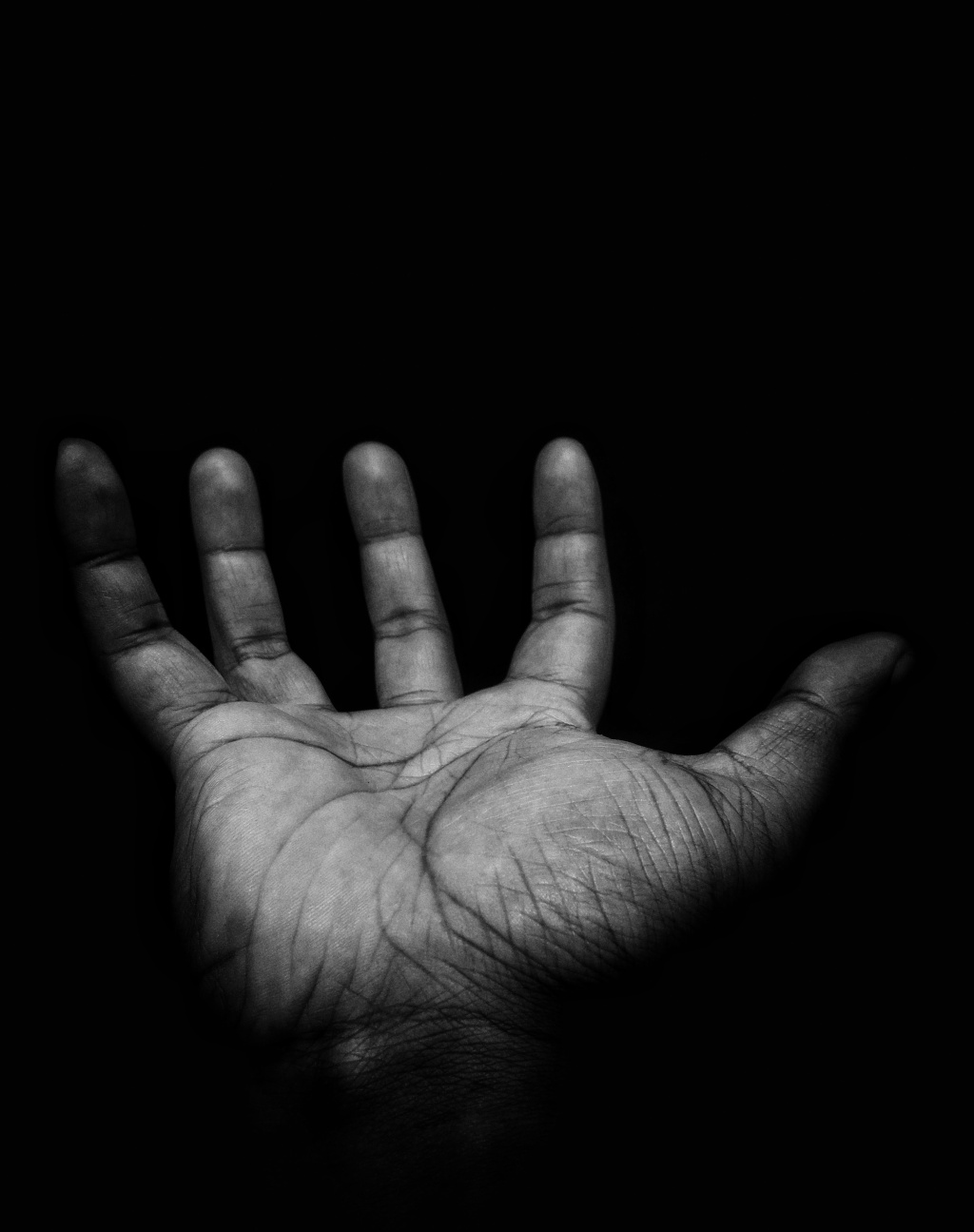 Creatively engaging students in language learning can be an ongoing challenge for teachers. The more creative and interactive we can make our teaching the more we can move our students away from rote memorization and into actual comprehensible input, where learning the language simply happens. Yet it can also be quite difficult for teachers trained in traditional grammar and methods to adjust to more communicative approaches to language learning.

One way of splitting this Gordian knot is by encouraging students to physically engage with the language using their own bodies. We (Rachel & Michael Aubrey) have been working on research projects involving Greek prepositions (see: Greek prepositions in the New Testament). The datasets we have compiled make it fairly simple to pull out prepositional phrases where the object of the preposition (the landmark) is a person’s body part. What if instructors were able to build lessons for Greek prepositions around physical actions that students could perform themselves? This method would tie the meaning of the prepositions not just to rote memorization, but to physical behavior. Below are some of the more salient uses of χείρ, ‘hand’ that lend themselves to this type of experiential learning. Examples below are taken from the New Testament, but the descriptions are based on larger patterns in Ancient Greek.

Human hands are commonly used for grasping objects. They function as containers for what they grasp. When someone hands you something, it is put into your hands. When prisoners are transferred from one group to another, they are ‘handed off’, ‘handed over’, or ‘put into their hands’.

We use the English preposition ‘into’ in contexts such as “He coughed into his hand”, “Dad slipped some money into his hand” or as below with less concrete expressions involving capture and imprisonment. Greek seems to consistently use εἰς whether we might use either ‘into’ or ‘in’.

This next one might seem unusual and unexpected from an English-speaking perspective. Greek conventionally construes the landmark χεῖρες as containers even when the trajector is not physically contained and held by the hands. With jewelry, clothing, and other objects that extend all the way around a body part like a hand (or also the foot in the example below).* It is a little difficult to understand what is going on here.

* Note also that χείρ, ‘hand’ functions metonymically for δάκτυλος, ‘finger’. We do this in English in the context of marital engagements and putting a ring on a hand.

There are a few things that motivate this usage. First, because εἰς is a preposition that involves motion toward a goal, physical contact is readily construed as the end of motion and the achieving of that goal. In this context, also, the container schema is metonymically shifting from the landmark (hand) to the trajector (ring) that goes around the finger. This usage is normal primarily to body parts. Because body parts are attached to animate participants, the body part landmark, despite being surrounded by the trajector, still exerts control over the trajector, via a metaphorː CONTROL IS CONTACT. When a ring is on a finger or a sandal is on a foot, the hand or foot still exerts control over that ring/sandal: one moves, the other moves. The hand is not merely a stable reference point for the ring, it effects and controls the ring even as the ring encompasses the finger. Animate landmarks exert control over trajectors that are in contact with them.*

* It’s worth nothing that Greek speakers seems to avoid ἐπί in contexts like this where the trajector (the ring) goes entirely around the object (cf. the English ‘ring on his finger’). The preposition ἐπί does convey contact in the relationship between the trajector (‘ring’) and the landmark (‘finger’), but it does not convey a sense of control in the same way that εἰς does.

Hands are for grasping objects and objects can escape or be taken from that grasp, which is why ἐκ is the common preposition with hands rather than ἀπό. We have English expressions similar to this for ἐκ, even though we more often use ‘in’ rather than ‘into’ where Greek nearly always prefers εἰς. The following still work, whether glossed in English as ‘out of’ or ‘from’.

Finally, chains, which wrap around hands/wrists, function within the same grammatical convention as rings and fingers. When chains are the trajector of a hand landmark, Greek speakers prefer prepositions that activate the container schema, even though the hand is not a “literal” container for the chain. While chains do bind the hand, recall that the hand is still able to exert control over them. When a bound hand moves, the chain or rope that binds it moves with it.

Moving to ἐν, objects being held by a hand are conceived as being in the hand. This tracks comparatively with English usage of the preposition ‘in’ with ‘hand’. When an object is currently being grasped by a hand, Greek speakers use ἐν.

We use our hands to mold, create, manipulate, and transform what’s around us. In English, it would be natural to say, “I typed this essay with my hands”. In Ancient Greek,  διὰ τῶν χειρῶν μου would be equally natural.

The last preposition we encounter with χείρ in the New Testament is ἐπὶ, which is the normal way of expressing that a trajector is on the surface of the hand (landmark), as in the examples below. To quell any suspicion about the naturalness of these, given their source, there are also examples from Classical and literary post-Classical texts (Cf. Plutarch, De Pythiae Oraculis 12). Note that both the genitive and accusative cases appear here with the same sense.

At first glance, the following two examples seem a bit unusual. From the discussion above, we might hypothesize the use of ἐν rather than ἐπί. But translations do not necessarily reflect the construals present in the source language. The NIV adds “holding” to the English translation but the Greek text itself says: “having the key to the Abysss and a great ἐπὶ τὴν χεῖρα αὐτοῦ chain. The example above with a trajector (tattoo) in contact with the surface of the landmark (hand) ought to be our guiding influence for understanding what kind of mental representation is evoked in the minds of native speakers. In Revelation 20:1, we need to ask how the concept of ‘contact on a surface’ might be visualized by the audience. Rather than a grasping hand, we might see an open palm with a great chain lying across.

The same question applies to Matthew 4:6. Are the angels reaching down to grasp onto Jesus as he falls? Such an image would certainly be activated by εἰς or ἐν, but ἐπί? That doesn’t square with the semantics of the preposition. Instead, perhaps an image of angels below Jesus with their arms extended forward to catch him is more appropriate. This interpretation corresponds to the kind of surface contact relationships that we would expect from this preposition. But it may take more care in the prospect of allowing students to act this one out. Still, the preposition ἐπί provides students another way to think about how their hands can be used with prepositions. With ἐπί, it’s best to view the position of the hand as open and flat so that the trajector can rest on top of it.

Understanding how different languages construe relationships with prepositions is an important part of language learning. The goal here is to illustrate how body parts and embodied action can be employed in useful ways for the purpose of language learning, both in grammar and the lexicon. Instructors may be able to use information like this to find creative ways to help students think about Greek prepositions beyond the use of flash cards.

Understanding prepositions is an important part of the process of Bible translation. Prepositions and the relationships they specify are highly language specific. When reading texts, we often bring the expectations of our native language. But a better understanding can be reached if we first identify the patterns/conventions of prepositional usage in the source language, and then think carefully about the comparable patterns/conventions in the target language.

Our current work in Bible translation is an attempt to make explicit the nature and structure of these relationships so that minority language communities have the best Greek and Hebrew tools possible for getting Scripture into their languages. We want everyone to benefit from our work, whether part of the English-speaking world or part of the Global South. If you have benefited, consider helping to support our work with Wycliffe Bible Translators by clicking the link below. You can learn more about our work at theaubreys.org.