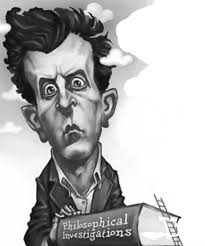 In this section, I want to cover some of the broadest components of the Investigations and then how those components functioned as a precursor to much of modern linguistics. I also want to outline more specifically what Wittgenstein does to correct some of his earlier thought. It is of special interest, particularly, to see how Wittgenstein’s usage-based epistemology and grammar is the intellectual forefather of cognitive linguistics. Wittgenstein is the corrective needed to bring about a more sophisticated nuance to Greek scholarship, not just lexicography.

“Wittgenstein held that the proper way of understanding and resolving philosophical problems lies in arriving at a correct conception of language” (McGinn 1991, 1).

Language is a human convention. As such, understanding how meaning is conveyed ought to be the central focus of all our philosophical investigations. Wittgenstein helps to improve our understanding of language. As language users, we do not develop our linguistic frame in what he called ‘the picture theory of meaning’ (Ricketts 1996, 69-80). Recall in his earlier work Wittgenstein held that our mental images correspond to or mirror reality. He undermined that assumption in the Philosophical Investigations, arguing for a use-based theory of meaning. This contrasts with both earlier Wittgenstein and more current trends in Greek scholarship.

“Wittgenstein says that there is not one ‘logic of language’, but many; language has no single essence, but is a vast collection of different practices each with its own logic” (Grayling 1998, 67).

What is more, he does not merely deconstruct his previous thought and logical-positivism, rather he provides a coherent ideology of how meaning is acquired through use.

At the heart of Wittgenstein’s use-based system is ontology. Instead of talking about language in terms of propositions and signs and signifiers, which are inherently metaphysical, he develops the concept of what he called language games (Moyal-Sharrock 2010, 417-19). The various aspects of language and grammar are no longer seen as mirroring the world around us. Instead of ontologically bound by the world around us, we are
enjoined to make our investigations about how language is used. The consequence of this is vast. Logic no longer becomes the point of contact but rather, knowing and understanding the world around us, which shapes and determines the various language games we play.

Wittgenstein himself defines a language game as an “activity, or of a form of life” (PI § 23). Scholars have also referred to this as patterns of intention. This claim about the nature of language is drastically different than the one first proposed by Wittgenstein in the Tractatus. Understanding that we are playing various language games not only helps us understand various nuances of language (because this philosophy is interested in questions of history, social setting, and cultural context), but it also helps us explain the various anomalies in language. If we look at a lexeme like the word “chew” we may get an image of eating, and this may be the most common language game associated with the verb “chew” or its prototypical use. A standard English dictionary, such as Merriam Webster, provides:

However, this doesn’t account for more “idiomatic” uses, like when someone says “my boss chewed me out…” or responds to a difficult inquiry, “I’m not sure, let me chew on that…” or even someone bragging about their new power tools to their friends, “Check this out, it chews right through the lumber…” All of these, Wittgenstein would say, are not breaking some rule of grammar or corresponding to some anomalous use of the verb “chew”, but these utterances are simply various language games that the verb “chew” in English can function.*

*This phenomena becomes more complex with issues of polysemy or metapragmatics.

Fogelin summarizes this well stating, “If we try to understand the meaning of a word or expression by examining its use in the language, it seems natural to look for the rules that govern the use of such a word or expression” (Fogelin 1996, 49). It may be suggested at this point that the variety of language games played in a particular language according to socio-historical and other cultural factors may provide the very types of rules that any give grammatical item can play.

It is important now to see how this idea of language games and language use in grammar gets utilized in cognitive linguistics, as this method is typically consistent with much of Wittgenstein’s work. The conceptual framework and guiding principles that can be derived from considering “language games” provides more benefit for lexicography especially. In regard to use-based grammar as a linguistic frame Tomasello says,

In usage-based models of language – for example, those of Langacker (1987, 1988, 2000), Bybee (1985, 1995), and Croft (2000) – all things flow from the actual usage events in which people communicate linguistically with one another. The linguistic skills that a person possesses at any given moment in time – in the form of a “structured inventory of symbolic units” – result from her accumulated experience with language across the totality of usage events in her life. This accumulated linguistic experience undergoes processes of entrenchment, due to repeated uses of particular expressions across usage events, and abstraction, due to type variation in constituents of particular expressions across usage events (Tomasello 2006, 439).

It should come as no surprise given a statement of this nature that Tomasello has Wittgenstein in his bibliography. The influence that Wittgenstein has had upon cognitivist approaches to linguistics is impossible to miss. In fact, when Tomasello goes on to define the contours of differing aspects of language and utterances he says, “For current purposes, a communicative intention may be defined as one person expressing an intention that another person share attention with her to some third entity” (Tomasello 2006, 440). Cognitive linguistics aims to bring together a use based perspective in conjunction with recent studies in brain science, and Tomasello still cannot abandon the idea of patterns of intention as a boundary marker for language games and meaning in use.

This basic principle retrieved from Wittgenstein has spun off into a variety of questions and tools utilized in cognitive linguistics, such as prototype theory, conceptual blending, radial networks, implicatures, and issues pertaining to metaphor theory.* All these tools point to how language is entrenched in our linguistic matrix, conceptually in Table 2:

*This is a specific reference to the work of Johnson and Lakoff, particular Metaphors We Live By (1980).

What we see in this model is an ontologically rich system that is governed by cognitive approaches to explain how language is used from, in accord with Wittgensteinian perspective blended with recent theories of brain science. It becomes very clear in this chart as the authors state, this demonstrates the fact that meaning is determined by the “human conceptualizer”(Dirven 2004, 14) or how humans use language.

This perspective on how language is processed gets funneled into lexicographical perspectives such as frame semantics, which, “describes the meanings of words and phrases (lexical units, or LUs) in terms of the frame to which they belong… and the contexts in which the LUs are found” (Atkins and Rundell, 2008, 145). If the lexicographer utilizing cognitive linguistics has made it their task to understand frames, and frames are defined as “schematic representation of a situation type…together with a list of the typical participants, props, and concepts that are to be found in such a situation…”(Atkins and Rundell 2008, 145) we can see how this is basically a sophisticated version of language games, being extrapolated for lexical analysis.

Wittgenstein later established the intellectual basis for cognitive linguistics, which presents a wide variety of possibilities for further investigation into the Greek language. The most basic point of contact outlined here is what are called “language games” and examining social setting and historical context. These avenues of study will prove useful for lexical analysis. In addition, one such remedy would be to take into further consideration texts of the common Greek speaker (non-literary & documentary papyri) social and cultural components of the time period in which the various Biblical texts were composed. One such method that gives us the intellectual capital to do this is a cognitive linguistic approach.

Looking to Part 3, Wittgenstein and Biblical Lexicography, it will be our task to see how the benefits of an ontologically based method unfold in lexicographical research, with special focus on socio-historical consideration due to their intrinsic continuity with ontology and language games.