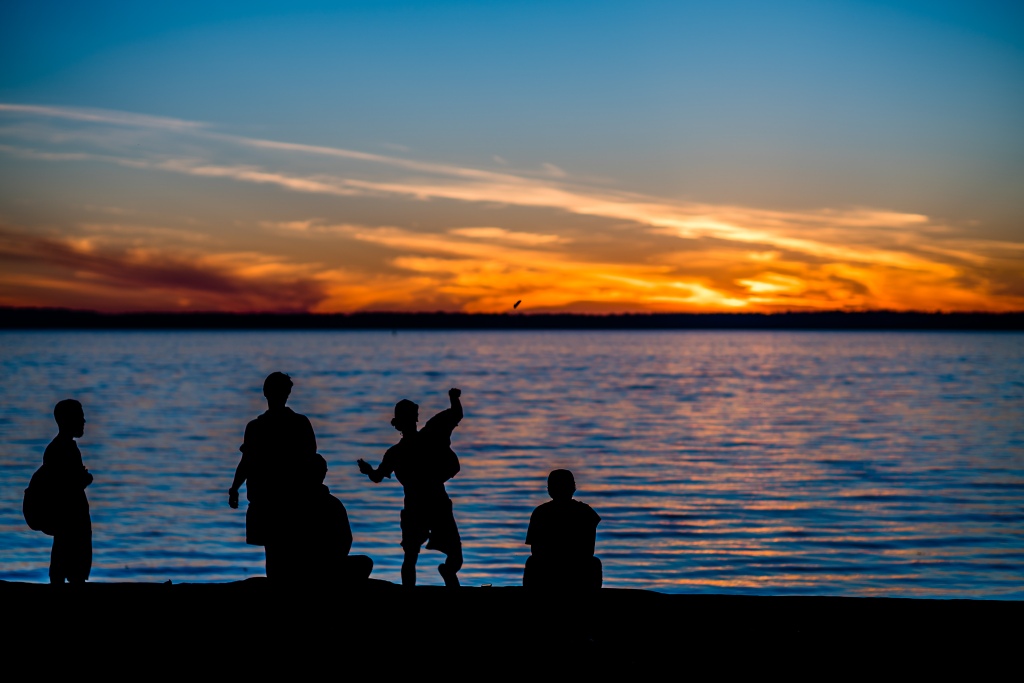 The differences in events/non-events and telic/atelic discussed previously help draw the distinction between the sequential progress of the foreground and the durative or descriptive nature of the background. Let us examine a brief narrative in two distinct forms. In the first, we have presented each sentence as a change of state predicate without any state predicates or activity predicates. The change of state for each is provided in parentheses.

John got up this morning (change of state: in bed vs. out of bed), took a shower (dirty vs. clean body), and brushed his teeth (dirty vs. clean teeth). He ate a light breakfast (unconsumed vs. consumed breakfast) and then went to work (not at work vs. at work). At work that day, he built 25 bicycles (25 unassembled vs. 25 assembled bicycles) before the end of his shift.

Each of these verbs here denotes an event that came to an end before the next one began. They have definable endpoints and those endpoints are what create the sequential progression of the narrative. If John in going to work also arrived at work, then that event is completed. He underwent a change in location and the participant moves on to the next event in the foreground storyline. Of course, in this story we only know what happen to John on this particular day; we know little about him in general, though we could probably guess. Nevertheless, when it comes to narrative, simply guessing makes for poor character development. Poor character development makes for a rather uninteresting story. Without character development, the speaker/author gives the reader no reason to care about John.

Now that’s what happens when a narrative consists entirely of change-of-state predicates. Let us consider what happens in a story in the opposite situation, when this little narrative is rewritten with states and activities, each of which is labels in parentheses.

John was an early riser (state). He had excellent hygiene (state) and was particularly adept at teeth-brushing (state). He cooked eggs every morning (activity). Eggs benedict were his forte (state). Monday through Friday, he worked the bicycle assembly line from nine to five (activity).

Like the (non-)story about the wizard that introduced the concepts of background and foreground in Mark 2:1-5, nothing really happens here. We, as the audience, are left wondering when something is going to happen. These states and activities give the reader a lot of general information about John as a character. Perhaps they even create in the reader an emotional response. Maybe the reader likes John because eggs benedict are so delicious. Or perhaps the reader is sympathetic to John for having to work an assembly line for eight hours a day. But now the reader has the opposite problem. There is no story. There is no progression, no plot, no resolution. Nothing happens. The paragraph feels like the introduction to a story that never actually began. Stories need change-of-state predicates if there is to be any progression in the narrative.

The majority of Mark 2:18-22 consists of direct discourse by Jesus. Background and foreground still exist in direct discourse, but their structure differs from what we have been discussing in this article. Nevertheless, verses 18-19a do provide us with a brief portion of narrative material in which we can see the contrast between states and activities on the one hand and change-of-state predicates.

The small piece of narrative that introduces Jesus’ monologue in verses 19-22 has several predicates. The first is a combination of εἰμί with an imperfective participle: ἦσαν … νηστεύοντες (were fasting) is an activity predicate. This is because fasting is an event rather than a state, but it lacks a definite endpoint. As we should expect, this activity predicate does not move the narrative forward. Instead it functions as background information, providing context and reason for the foreground of the narrative. The foreground here consists of three verbs. We have the compound predicate, ἔρχονται καὶ λέγουσιν αὐτῷ (they came and they said to him). For both these verbs, the dative pronoun (αὐτῷ ‘to him’) functions as the endpoint for the action of these verbs (The direct speech that follows can also be viewed as a change of state inducing endpoint as well, since the spoken content is specific contained). Because of these, we recognize that these two verbs are telic, and thus change of state verbs. The third verb of the foreground consists of the narrator reporting that Jesus replied to them: εἶπεν αὐτοῖς (said to them). Thus the structure of this small portion of narrative on the basis of the verbs can be construed as: